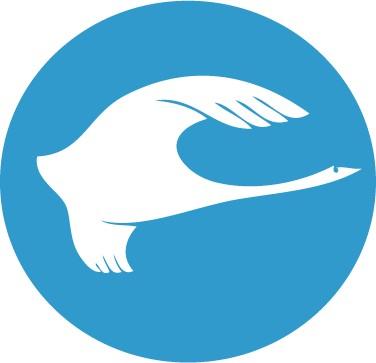 Passed down secretly over 1,800 years through 28 Grandmasters - Wild Goose (Da Yan) is one of China’s most profound and effective systems of Qigong; encompassing Healing, Martial and Spiritual practices... 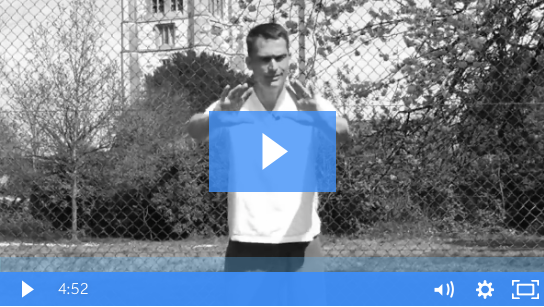 Get your FREE Wild Goose Qigong Training Videos + 12 page PDF: "The Essence of Da Yan Qigong" - Enter your name and best email below...

At 106 years of age, Yang Mei June had to be carried to the dinner table. I sat opposite. Her body was frail, but her voice and spirit were strong. This diminutive lady – under 5 foot tall - had an incredible story...

Yang Mei June was born at the tail-end of the last Qing dynasty, which lasted from 1644 to 1912. She only narrowly survived the Sino-Japanese War (1937–1945) by pretending she was dead, being consequently buried alive and later digging her way out. She later survived persecution throughout Mao’s Cultural Revolution (1966-1976).What made her survival all the more crucial, was that Yang Mei June was the 27th Grandmaster of the Da Yan (Wild Goose) Qigong system, once part of the Daoist Kunlun School. She was highly respected in the Qigong and Internal Martial Arts circles.

In the aftermath to the Cultural Revolution, at 83-years old, she decided to open this skill to the public, for the well-being of everyone. Students came to her from far and wide, for she, and only she, held the accumulative knowledge of the twenty-six generations of Grandmasters that lived before her... 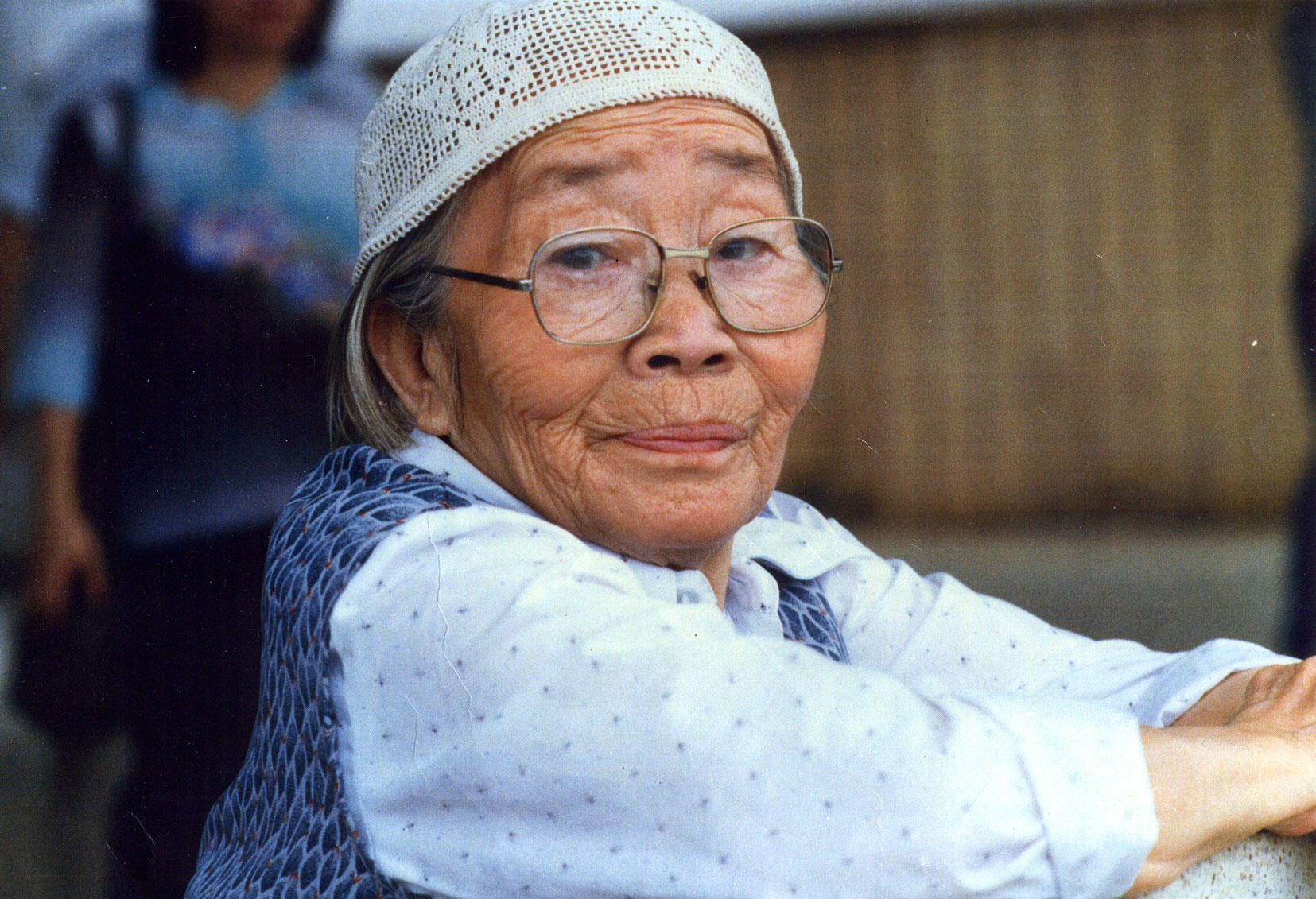 Qìgōng - combining the two characters Qì 氣 and Gōng 功  - is commonly translated as ‘Life Energy Cultivation’. It is a relatively modern term (coined c.1950) to encompass a range of exercises and techniques that can be traced back to more ancient times (c. 4,000 years ago) to those of Daoyin / Leading & Guiding 導引 and Yǎng Shēng / Nourishing Life 養生.

Generally speaking, these exercises and techniques aimed at health preservation, self-cultivation and longevity, through the regulation and integration of the body, breath and mind. Yǎng Shēng embodies many of our contemporary practices of Optimal Health & Living, Nutrition, High Performance, Functional Medicine, Mindfulness and Mastery etc...

Over its vast history and geography, China evolved hundreds of different schools and styles of what we now call Qigong, each with their own blend and emphasis of techniques; be it medical, martial, spiritual, philosophical. Each system infused with Daoist (and later Buddhist) understandings of the body, nature and the cosmos and, in some cases, commonly taking on the characteristics and unique qualities of certain animals. 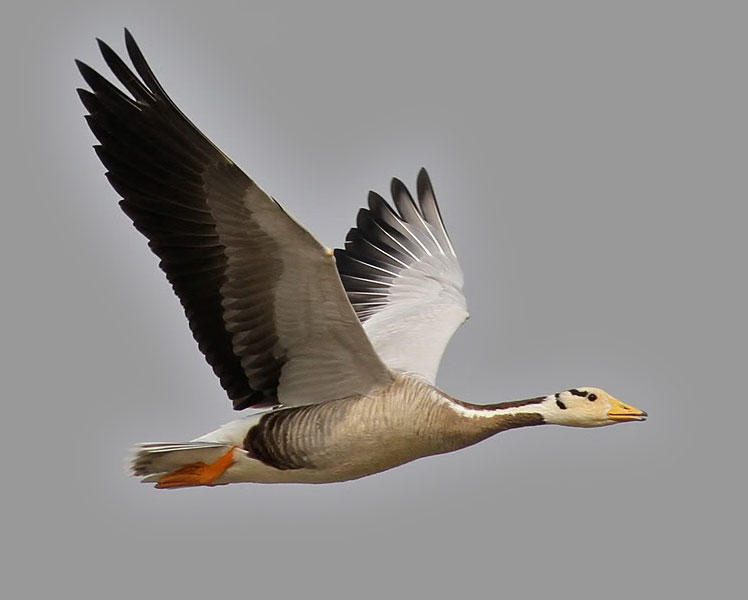 Some time during the ancient Jin Dynasty (265–420 C.E.), Daoist monks living high in the Kunlun Mountains (on what is now China’s southern border with Tibet) developed a system of health and life-cultivation exercises, known today as Da Yan (Wild Goose) Qigong. The Daoists closely observed and followed the ways of nature and were inspired by the bar-headed geese, which also inhabited the Kunlun Mountains.

Bar-headed geese Da Yan (literally = ‘Great Goose’) are extraordinary: They migrate some 2,000-3,000 miles over the Himalayas.They fly higher than Mount Everest - having been recorded at 33,000 feet - in tail winds of up to 100 mph! Their lungs recycle their breath, so that every available bit of oxygen is used. These great geese are long-lived, stay together through all seasons and mate for life.

The monks drew on the qualities, character and movements of these birds, devising a set of exercises in which they integrated Daoist knowledge of nature, principles of the Dao, medicine, martial arts, and their insights into the mind-body gained through years of empirical science and deep meditation. In time, the Kunlun Da Yan Qigong system grew to include over 70 different sets of exercises, both dynamic (Dong Gong) and still / meditative (Jing Gong).

The Kunlun Da Yan Qigong system was secretly passed down, generation to generation, through a succession of Grandmasters. In 1978, at the age of 83, the late 27th Grandmaster Yang Mei June, having experienced the suffering of the Sino-Japanese War & the Cultural Revolution, broke with tradition - and began teaching the exercise to the general public for the greater benefit of humankind.

In 1985, following a post-Mao explosion in Qigong practice and popularity (the so called “Qigong Fever”), a state-run National Qigong Science and Research Organisation was formed to investigate the thousands of styles of Qigong and self-proclaimed Masters that were popping up everywhere. In 1998, they finally published a definitive list of only eleven (11) styles that they deemed demonstrated authenticity, scientific validity, curative effects, medical case histories and safety. Wild Goose Qigong was at the top.

Today, Wild Goose Qigong is widely recognised as one of China’s most ancient and profound systems. Originally comprising over 70 sets of exercises, there now remains around 28 of these in the public domain. These combining both moving (Jing Gong / and meditative (Jing Gong) exercises, including the more commonly practiced forms such as; 1st 64,  2nd 64, Pai Da (Patting) Gong, Soft Palm and Wu Xing Jing Gong. Whilst the system has incorporated some martial forms from the Kunlun School (e.g. Dayan Fist and Dayan Sword), Da Yan Qigong’s core value and greatest potential lies in it’s application as a medical qigong for health - bestowing preventative and curative effects to those who practice. 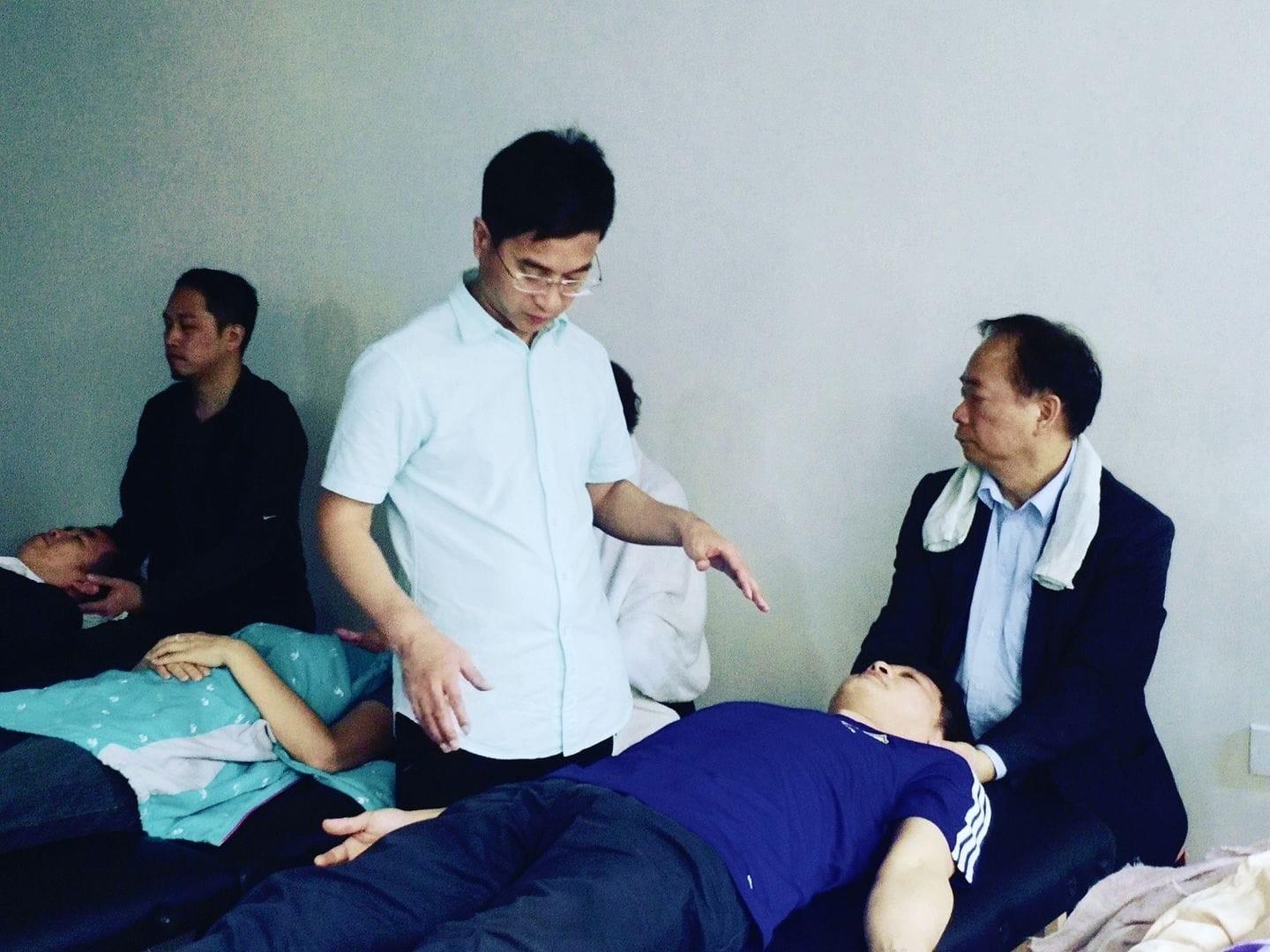 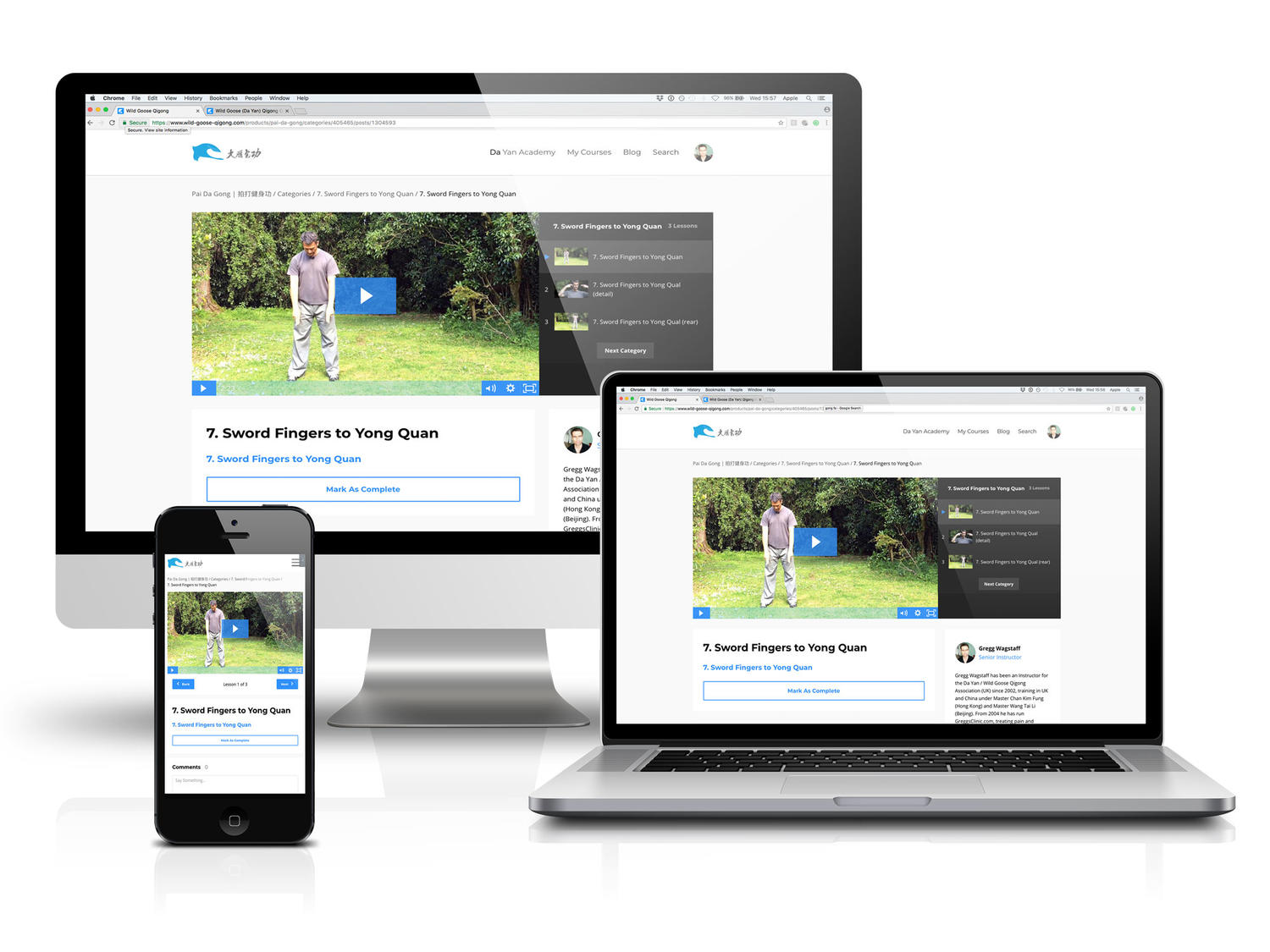 The Dayan Academy is a dedicated online distance learning platform for the training of authentic Kunlun Wild Goose Qigong system. Whether you're a newbie or a current practitioner, you'll find an online course suitable for you. Click below to find out more...

"I am a health care practitioner and have always had an interest in Chinese Martial Arts and Qigong. Having two children now, I really appreciate the time I have with them and want to be agile and able to continue to be an active part of their lives for years to come. This pushed me towards Wild Goose Qigong. Practicing Wild Goose Qigong has much improved my stamina, confidence and overall well-being. I enjoy training and feel invigorated even after a short practice.

1-to-1 Online Coaching Sessions with Gregg have been great as they really pointed out where I had made errors, improved my skill and provided great motivation to take it on to the next level. I highly recommend Gregg and his online Da Yan Academy - the videos are great and the explanations of the moves really easy to follow. "

"I'd recommend Gregg to anyone interested in learning authentic Wild Goose (Dayan) Qigong. He is a good instructor. He has good knowledge of Dayan Qigong and TCM and is both calm and patient when he teaches. After spending a couple of years learning with Gregg, he helped me to go to China to learn from his teachers. It was something I'd always dreamed of! Dayan Qigong is one of the few qigong systems that still carries a lot of depth! It never seizes to amaze me as I continue to explore its movements and teachings! " 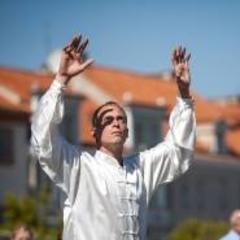 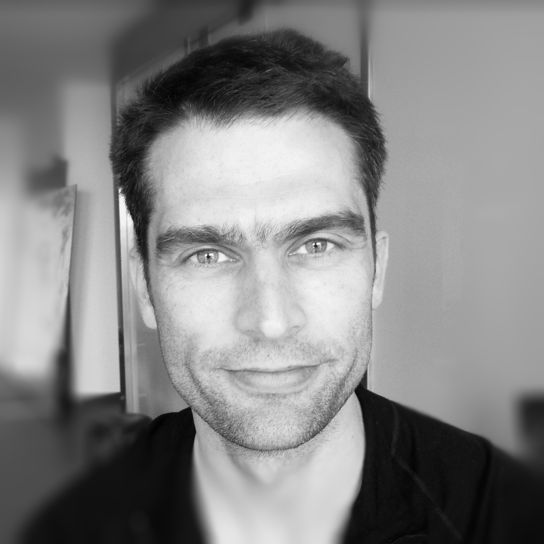 Gregg Wagstaff is Founder of the Da Yan Academy and Instructor for the Da Yan / Wild Goose Qigong Association (UK) since 2002. He trained in UK and China under Master Chan Kim Fung (Hong Kong) and Master Wang Tai Li (Beijing). From 2004 - 2017 he ran GreggsClinic.com - using Traditional Chinese Acupuncture, Tui Na Medical Massage and Qigong to treat pain and dysfunction, and achieve optimal health and wellness for his clients. 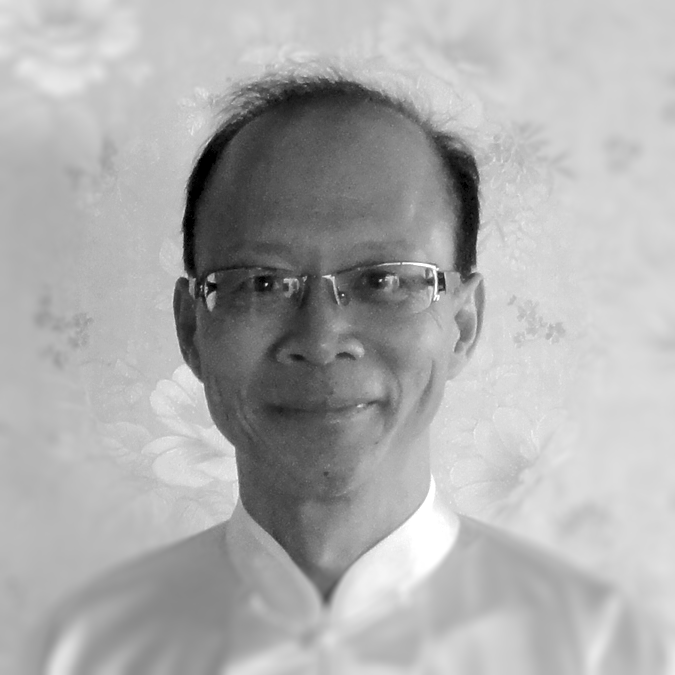 In 1994, Chan Kim Fung 陳劍峰 was accepted as an “in door” student of the 27th Generation Grandmaster, Yang Mei June. She called him 二陳 (Chen the Second). In 2000, she appointed him as ‘Overseas General Manager’ of the Da Yan Qigong Headquarters (established in 1979) in Beijing.

In his recent book, Master Chan writes, 'In 1999, Yang Mei June told me, Wang Tai Li has good gōngfu / 功夫 / skill. You must help him to come out of the mountains." [chūshān / 出山] 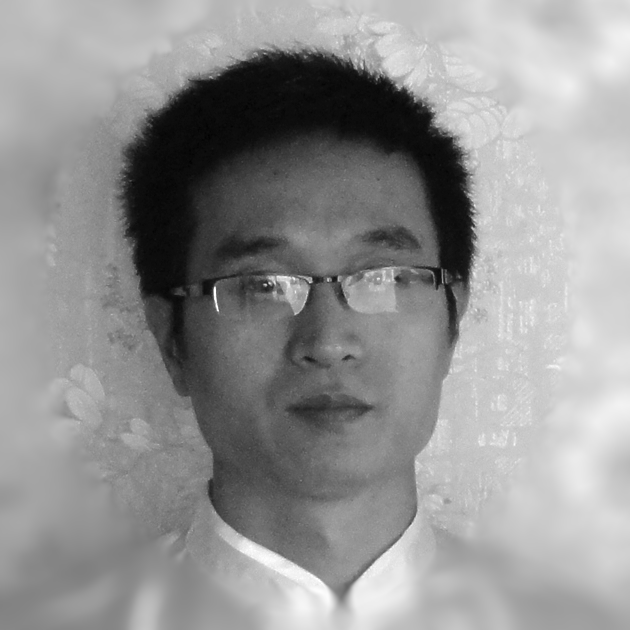 Wang Tail Li 王泰力 was accepted as a “in door” student of Yang Mei June in the early 1990’s. This was the beginning of a close 10-year student-master relationship that lasted right up until her passing in June 2002 at the age of 106. During this time the Grandmaster Yang passed her knowledge to her disciple Wang and, in he also became her carer. In 2000, she bequeathed him the Da Yan Qigong Headquarters.

Get your FREE Wild Goose Qigong Training Videos + 12 page PDF: "The Essence of Da Yan Qigong" - Enter your name and email below...

Please enter your name, email and message below and we'll get back to you within 48-hrs. Thank you.